How To Deal With Short Circuit 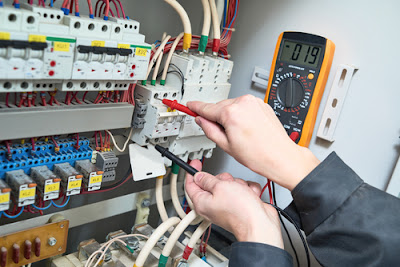 Knowing how to deal with short circuit is not something for everyone, indeed, very often we do not even know what this problem is, what it is generated and how to solve it. But when one delights in do-it-yourself works, questioning about this type of problem and trying to find a solution without necessarily having to resort to experts in the field, and therefore having to pay handsomely to rearrange everything, is more than natural.

First of all it must be said that the short circuit is one of the most frequent causes of an electrical system in a building, and is generated by a contact between a phase and the neutral, which can occur accidentally or due to a malfunctioning of the equipment.

Short-circuits were more likely to occur in older buildings, where fires were often also caused by cables that had lost their insulation capacity due to wear. In this case, the cause was also the fact that the poor insulation provided by the cables was joined to the heat by joule effect, which increased the risk of fires. The joule effect is the name of the phenomenon that concerns the production of heat in a cable, heat that is produced in proportion to the square of the intensity of current flowing through the same cable.

In the old systems, fires were more frequent and common because the system was protected by means of fuses in case of short circuits or excessive current absorption, a measure not sufficient to counteract the problem.

Today the fuses are no longer used in modern electrical systems, at most they are present in some radio or television plant or power supply of control boards of boilers, or even in air conditioning equipment such as heat pumps, various air conditioners and the like.
Obviously the fuse protection system has limits, which are linked to the fact that the fuse must be replaced once the fault or the anomaly that produced the excess current has been detected, while with an automatic protection device this last one can reset when the reason for the fault or anomaly has been identified and eliminated. 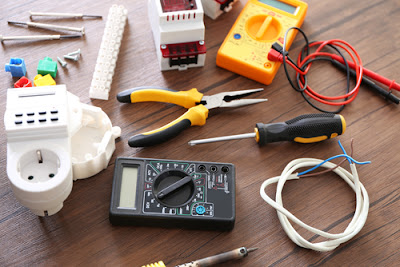 How a short circuit occurs

But how to understand what are the causes of the short circuit? The first thing is to understand what a short circuit is. In practice, we repeat that the short circuit occurs when a strong current flow occurs caused by a damaged section of circuit. This phenomenon is explained by the law of Ohm according to which the intensity of the current that passes through the conductor is inversely proportional to its resistance. The excessive current flow causes an eventual safety device to operate, whose function is precisely that of protecting the circuit, such as the life saver.

When a short circuit occurs, the first thing to do is to find out which circuit the short circuit occurred on, ie realizing if the fault is on the circuit for fixed light points in a force circuit or in a circuit for fixed outlets . If the latch key is an automatic switch, the latch clicks towards the "open" position. If, on the other hand, the short-circuit occurs in the circuit for the fixed light points, all the lamps must be switched off and the chandelier wires must be checked, which obviously deteriorate over time. Obviously then you have to check everything that has to do with the electrical system as regards the wires, such as the connections of the lamp holder and of the switch.

To understand the source of a fault in a power circuit, you must instead disconnect the plugs of all the equipment connected to the circuit and remove them to check if the conductors are correctly fixed to the terminals. If, on the other hand, the plugs reveal some problems, check that all the cables of the devices are intact through the tester and, if necessary, replace it. If the safety device still trips, it is better to call the electrician instead.

First of all, do not panic! Here are some simple instructions on how to behave in the event of a short circuit:

If you smell the burnt plastic smell, you need to go near the power outlets or plugs and identify the source of bad smell. If you can identify it in time, you must unplug it immediately and call the electrician. If you notice smoke or even flames, you must use a fire extinguisher to turn them off, but remember to never spill any water on the electrical boxes or on the sockets, because you could be electrocuted. 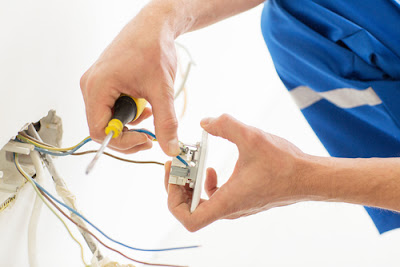 If instead the lifesaver is triggered, without a reason, at least apparently, when you go to insert it, if it clicks again, it means that a short circuit is in progress and surely the fault will be some household appliance or a lamp in mass. In this case, all appliances must be disconnected and all power sockets removed.

At this point, you need to reattach the life saver, and see if it clicks again. If you do not shoot any more, it means that really the short circuit had been generated by some household appliances too much, and then just re-attach one to one everything you need, until you find the offending one.

Lack of electricity
It can also be that the whole thing is caused by an inefficiency of an electricity company that supplies electricity to your home, and to avoid this, contact some neighbors and make sure they have electricity, which obviously means that there is not a disservice by the supplier company.

During all these practices, we advise you to never touch the cables with your hands, as well as the bare wires, because you could be electrocuted. It must also be remembered that with the current there is no joke, therefore, if you are not an expert, it is absolutely essential to contact the experts in the field who have the appropriate skills to solve the problem safely, without the risk of running into very dangerous events.
Posted by Unknown at 00:51